DragonStone Carving A whole range of work is available for commission. Email for design, materials, installation and quotation. Billdragonstone@hotmail.co.uk

DragonStone Carving – The Clan – A memorial to an Artist

The Clan is my name for my finished piece executed in Welsh Slate. It was made as memorial to an artist, the father of friends, and based on a piece of work they found in one of his sketch books and originally called The Crowd.

We were living out of the van while Esther worked at Dorchester Hospital and so after dropping her off at work I would take the van to somewhere nice in the locality.

So the first morning I went to Maiden Castle, the biggest Iron Age Hill Fort in Britain and a fantastic setting to work in. You can see the Hill Fort behind by gridded transparency, although this pic does no justice to the castle at all.

This pic gives you a much better idea of what I was working beneath.

The pattern was transferred and work commenced!

My presence in the car-park was met with mixed reactions but I had some lovely chats with many a passer-by and with some of them taking photos of me working.

The next day saw me out at Puddletown Forest. When I arrived and was putting the stone on the back step a huge stag went bounding across the fire break you can see in the background. Above be me crows and buzzards fought out their territorial disputes.

And the next I was at Cerne Abbas, you can see the Giant on the hill behind me.

The following day was so grim I was working under a motorway bridge (no pics) but as the weather cleared the nearby travellers emerged to collect firewood and came to see what I was up to.

We went off for a weekend at the ICAN camp,in Devon, by which time things were really taking shape.

I could have got to this point a lot quicker in a workshop but it was really nice to go back to just the hand-tools for a bit. You can’t really chat to the public about your work whilst wielding a screaming angle-grinder and filling  the air with stone dust and it seemed really fitting to make it this way.

In all 30-40 people stopped for look and a natter and about half took cards so they would be able to come to the website and see the finished piece. 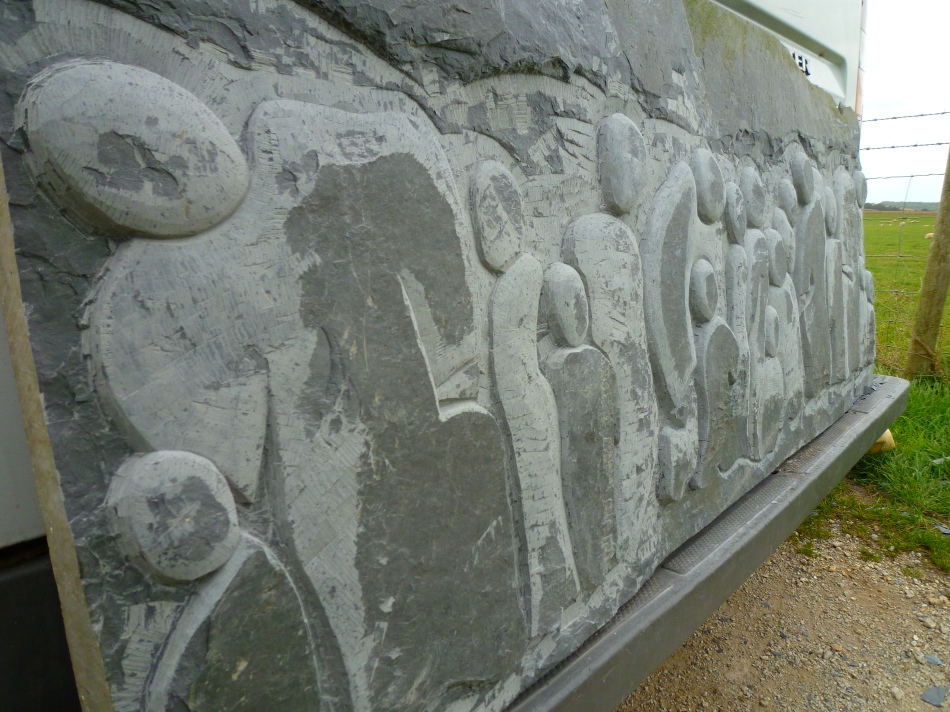 Back to Maiden Castle for a last day and everything is really taking shape. The figures in the montage have started to take on characters and the relationships seem to close for a crowd and so I named it The Clan. 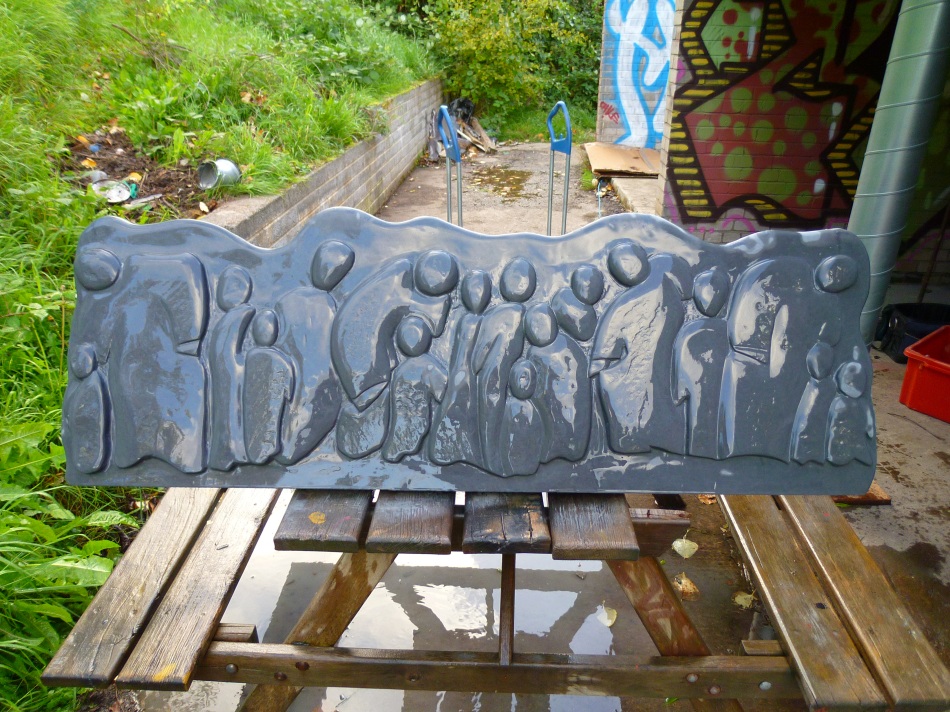 and the final piece emerged.